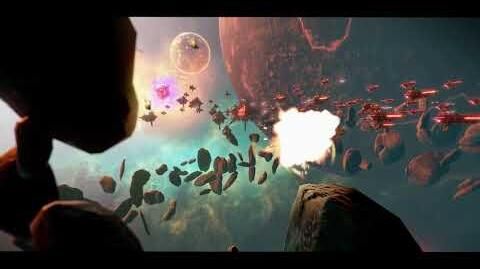 The Segmentum Obscurus is the area of the Imperium most often under deadly threat by attacks from the Eye of Terror and is also the site for all of Abaddon the Despoiler's Black Crusades. As such, it currently is home to the majority of the Imperium's armed forces, which were most recently mobilised to a state of readiness not seen since the Horus Heresy as a result of the 13th Black Crusade in 999.M41.

Following the conclusion of the Thirteenth Black Crusade and the resurrection of Roboute Guilliman, much of Segmentum Obscurus has become stranded within Imperium Nihilus.

The main feature of the segmentum is the Eye of Terror. Around it is centred many significant Imperial planets, including:

The Cadian Gate is guarded by various forces around its vicinity, but is often the site of the various Black Crusades.

It is also home to various human and alien planets and territories, including:

Enemies of The Imperium of Man

Community content is available under CC-BY-SA unless otherwise noted.
Advertisement